About the Radiation Belts…

What is Space Weather?

About the Radiation Belts

"Most spacecraft in Earth's orbit operate partly or entirely within the radiation belts. During periods of intense space weather, the density of particles within the belts increases, making it more likely that sensitive electronics will be hit by a charged particle. Ions striking satellites can overwhelm sensors and degrade wiring and other equipment. When conditions get especially rough, satellites often switch to safe mode to protect their systems." — APL RBSP Fact Sheet 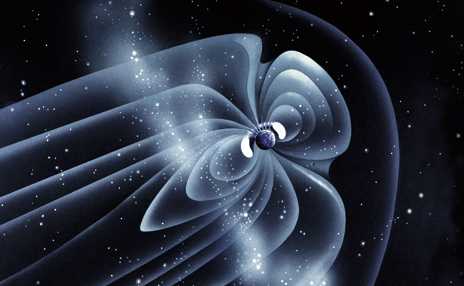 The donut-shaped, or toroidal, magnetic cavity within the magnetosphere contains the radiation belts, also known as the Van Allen belts (named after space scientist James Van Allen). These belts are made up of energetic charged particles held in place by the Earth's magnetic fields.
Illustration courtesy of NASA/Marshall SFC.